New research reveals emerging epidemic among Australians over 50. []Sourced; NHMRC, Alcohol and health in Australia (May 2014)]

"Older Australians Drugs Alcohol and Loneliness" 3 in 5 Australians (61%) aged over 50 are frequent drug users and consume 9.5 standard drinks per week, which is above the national average"

A new national survey has revealed that Australians over the age of 50 are the biggest drinkers and abusers of prescription medication compared to any other age group.

Addiction experts say that the survey has exposed a seemingly under reported issue in Australian society, given that the focus and speculation in the media is often on the binge drinking culture and drug use among youths.

The survey has shown that 3 in 5 Australians (61%) aged over 50 are frequent drug users and consume 9.5 standard drinks per week, which is above the national average. 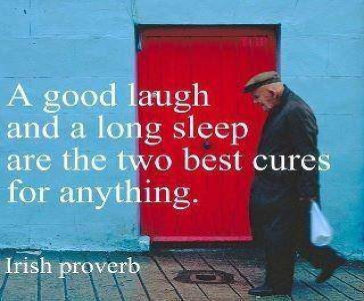 THE ABOUT OVER 50 MEETING PLACE

Are you looking to make new friends, find a mate or companion, A place where people are able to put themselves into a situation where they are able to meet others with similar interest, for mutual enjoyment and fun times.

Many of us retain friends made over the years and often meet new people through those friends.

Some people have a knack of keeping friendships strong and everlasting and others, because they are constantly moving from place to place, or business interferes with lifestyle, lose contact and even have great friendship end for one reason or another. Here's a chance to make a new start!

The About Over 50 Meeting Place

LOOK! Are you looking for way to make contact with others and generate a little income - JUMP ON BOARD! EMPOWR It is FREE and YOU earn $20 just for joining and so does About Over50! - Have Fun!

It has also been revealed that

43 per cent revealed that they used drugs to manage pain.

Among 65-74 year olds, almost 600 die every year from alcohol-related injuries and disease.

Loneliness and social isolation may have profound health consequences among older Australians triggering drug addiction and alcohol dependence, according to new national surveyfigures. Released in time for Father's Day (7 September), the findings revealed that Australians aged over 50 are the biggest drinkers and abusers of prescription medication compared to any other age group.

The survey reveals that of Australia's frequent drug users 3 in 5 (61%) are aged over 50. This age group also consumes 9.5 alcoholic drinks per week, which is above the national average. Among 65-74 year olds, almost 600 die every year from alcohol-related injuries and diseases. Older male Australians are also more likely to drink every day and more frequently than any other group.

The survey - commissioned by drug and alcohol treatment centre The Cabin Chiang Mai - found that over half of older Australians surveyed (53%) that admitted to drug abuse said they used drugs to alleviate symptoms of loneliness which included to relieve social discomfort, manage anxiety, relax and unwind, and to sleep. 43 per cent revealed that they used drugs to manage pain.

This is in line with the findings in the United Nations 2014 World Drug Report which found that Australia ranked second for the use of opioids which included pain medications such as codeine or morphine.

According to Australian psychologist Cameron Brown, the survey has exposed a seemingly under reported issue in Australian society, given that the focus and speculation in the media is often on the binge drinking culture and drug use among youths.

"Australians over 50 experience a great deal of change in their lives that can cause them to self-medicate. Retirement can be a time that causes people to feel isolated.Someone who has worked their whole life in the company of colleagues and friends may feel at a loss with nothing to do with their free time.

"Many Australians are also confronted with a void in their lives when their children move out, or when they lose a close family member or friend."

"For many, loneliness is a factor that contributes to substance abuse and alcoholism, particularly in older men. Someone who feels excluded, alone, or unable to connect with others may use drugs or alcohol to self-medicate which may lead to addiction," he said.

This was the case for 54-year-old Western Australian and father-of-two, Russell, whose addiction to alcohol caused a great deal of strain on his relationships with his wife and children, which further exacerbated his addiction.

"My wife suffered from depression as a result of my drinking, and during that time I felt very lonely in our relationship which caused me to drink even more. The more withdrawn she became, the more I drank. "At the time, my son had very little respect for me as a father figure, and only saw me as someone who put food on the table and paid for his schooling. Since checking out of The Cabin in 2011, I've been fully sober and my son has come back into my life. We live in a functioning family now and we celebrate Father's Day together." he says.

Families and friends of older Australians who may be turning to alcohol and drugs to self-medicate are being encouraged to reconnect with their loved ones to prevent loneliness and social isolation. 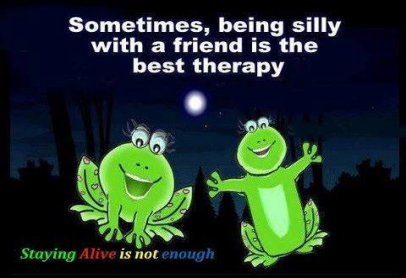 "Special occasions like Father's Day are an opportune time to spend with older family members who may be suffering from loneliness. Loneliness can also be overcome by discussing concerns with a counsellor or health professional who can provide appropriate guidance," said Cameron Brown.

Cameron Brown advises there are many support platforms available in Australia including a GP or local health service to overcome alcohol or substance abuse.

Please Note: No medical information is published on this website and articles show are not intended as a substitute for informed medical advice and the reader is advised not to take any action before consulting with a health care professional.

About Over 50s Health Pages

RETURN TO THE HEALTH PAGE

Disclaimer: Most of the photos used on AML websites are from our own photographers and paid purchases. Some are obtained from to the best of our ability known to be FREE materials websites. For any complaints about this site or its contents please contact: enquiries@australiamyland.com.au

Thank you for visiting About Over 50 - enjoy browsing.

Contact Us WITH ONLINE FORM NOW for more information
or simply email to CONTACT@ABOUTOVER50.COM.AU